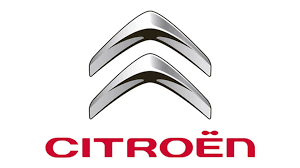 Citroën (French pronunciation: ​[si.tʁɔ.ɛn]) is a French automobile manufacturer, part of the PSA Peugeot Citroën group since 1976, founded in 1919 by French industrialist André-Gustave Citroën (1878–1935). In 1934, the firm established its reputation for innovative technology with the Traction Avant.[4] This car was the world's first mass-produced front wheel drive car, and also one of the first to feature a unitary type body, with no chassis supporting the mechanical components.[5]

In 1954 they produced the world's first hydropneumatic self-levelling suspension system[6] then, in 1955, the revolutionary DS, the first mass-produced car with modern disc brakes[7] and, in 1967, they introduced in several of their models swiveling headlights that allowed for greater visibility on winding roads; these cars have received various national and international awards, including three European Car of the Year.

With a successful history in motorsport, Citroën is the only automobile manufacturer to have won three different official championships from the International Automobile Federation: the World Rally Raid Championship five times,[8] the World Rally Championship eight times[8] and the World Touring Car Championship. Citroën has been selling vehicles in China since 1984, largely via the Dongfeng Peugeot-Citroën joint venture, which today represents a major market for the brand. In 2014, when PSA Peugeot Citroën ran into severe financial difficulties, the Dongfeng Motor Corporation took an ownership stake.